The baseball season officially started this weekend, and I was loving it. The weather was beautiful…mid 70’s.

I wanted to share a few pictures of the boys. Jonathan pitched his first game (just a couple of innings). He did pretty good, but was a little nervous. Plus, he had a cold. I was proud of him anyway! He played shortstop most of the game. 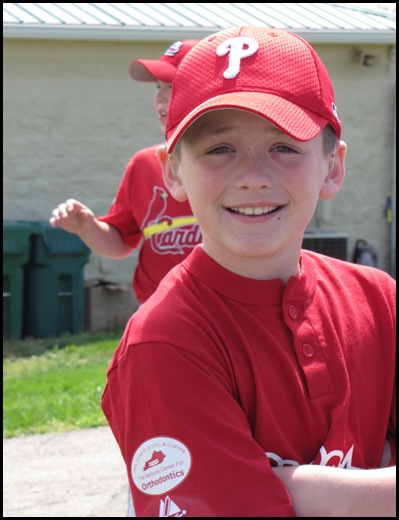 Jonathan on the mound. 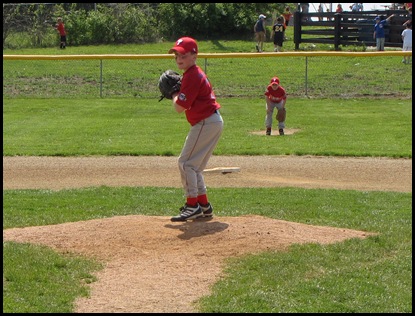 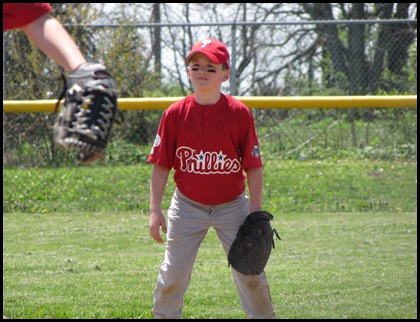 Luke played catcher and pitcher (in the coach-pitch league). He had a great hit past the shortstop into the outfield and had a double! 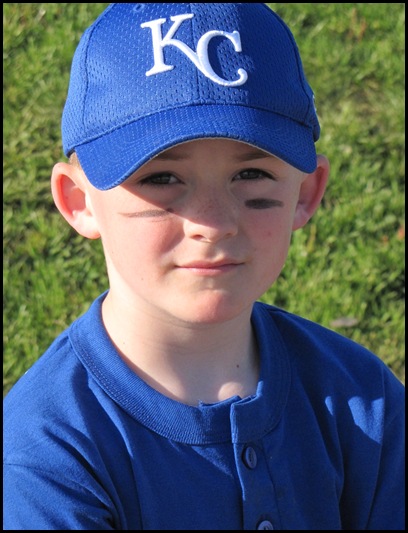 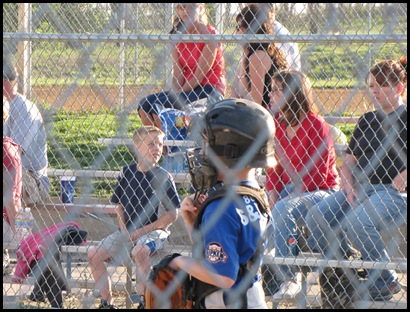 Eli my 2 year old) is obsessed with baseballs, bats, helmets, and gloves. He thinks he should wear them throughout his brothers’ games. He also made a run for the dugout several times, and I am certain he was heading straight for the field! 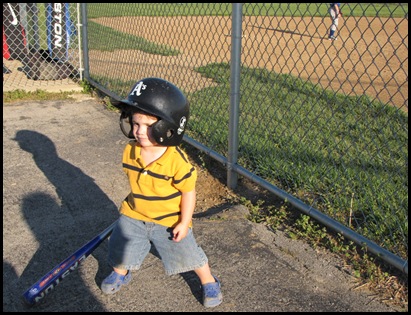 I got him a plastic bat at the dollar store so he could take it to the games with him. I was afraid he might hit someone with the metal bat. He has quite a mean swing!

Now I can’t get it away from him. The bat now sleeps with him. He kisses the bat goodnight, and tucks it under the covers. I snuck in his room at nap time and took a picture. I swear he would sleep in the batting helmet if I would let him! 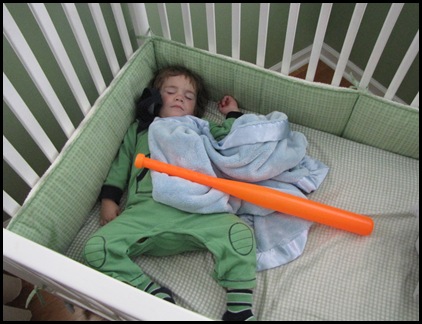 I didn’t get a picture of Adam at the ball field because he spent most of the game with a friend playing in the sand pile. But I do have this sweet picture of my little guy… 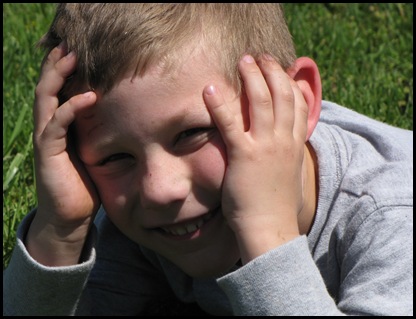 Oh, I love that kid!

Well, that’s all for now. I hope to have my goodwill chairs completed soon so I can post the pics!

« bed giveaway at blissful home
Progress on the Guest House »