My mom was the first food editor for Home Life Magazine from 1993-96.

Every month, she would submit an article for the magazine. One of her favorite recipes that she submitted was “Easter Story Cookies”.

If you “google” Easter Story Cookies”, there will be several links to other websites that mention Mom’s article as their source for this recipe. 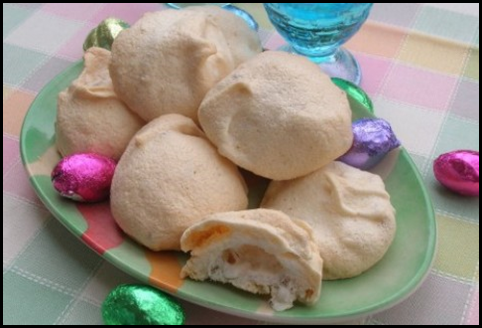 Some people refer to these as Resurrection Cookies. They are a great activity to do with small children to help them understand and remember the true meaning of Easter.

Place pecans in zipper baggie and let children beat them with the wooden spoon to break into small pieces. Explain that after Jesus was arrested He was beaten by the Roman soldiers. Read John 19:1-3.

Then Pilate had Jesus flogged with a lead-tipped whip. The soldiers made a crown of long, sharp thorns and put it on his head, and they put a royal purple robe on him. “Hail! King of the Jews!” they mocked, and they hit him with their fists.

Let each child smell the vinegar. Put 1 tsp. vinegar into mixing bowl. Explain that when Jesus was thirsty on the cross He was given vinegar to drink. Read John 19:28-30.

Later, knowing that all was now completed, and so that the Scripture would be fulfilled, Jesus said, “I am thirsty.” A jar of wine vinegar was there, so they soaked a sponge in it, put the sponge on a stalk of the hyssop plant, and lifted it to Jesus’ lips. When he had received the drink, Jesus said, “It is finished.” With that, he bowed his head and gave up his spirit. John 19:28-30

Add egg whites to vinegar. Eggs represent life. Explain that Jesus gave His life to give us life. Read John 10:10-11.


The thief comes only to steal and kill and destroy; I have come that they may have life, and have it to the full.

Sprinkle a little salt into each child’s hand. Let them taste it and brush the rest into the bowl. Explain that this represents the salty tears shed by Jesus’ followers, and the bitterness of our own sin. Read Luke 23:27.

A large number of people followed him, including women who mourned and wailed for him.

So far the ingredients are not very appetizing. Add 1 cup sugar. Explain that the sweetest part of the story is that Jesus died because He loves us. He wants us to know we belong to Him. Read Psalm 34:8 and John 3:16.

Taste and see that the LORD is good; blessed is the man who takes refuge in him

For God so loved the world that he gave his one and only Son, that whoever believes in him shall not perish but have eternal life. John 3:16

Beat with a mixer on high speed for 12 to 15 minutes until stiff peaks are formed. Explain that the color white represents the purity in God’s eyes of those whose sins have been cleansed by Jesus. Read Isaiah1:18 and John 3:1-3.

“Come now, let us reason together,” says the LORD.
“Though your sins are like scarlet, they shall be as white as snow; though they are red as crimson, they shall be like wool.

Now there was a man of the Pharisees named Nicodemus, a member of the Jewish ruling council. He came to Jesus at night and said, “Rabbi, we know you are a teacher who has come from God. For no one could perform the miraculous signs you are doing if God were not with him.” In reply Jesus declared, “I tell you the truth, no one can see the kingdom of God unless he is born again.”

As evening approached, there came a rich man from Arimathea, named Joseph, who had himself become a disciple of Jesus. Going to Pilate, he asked for Jesus’ body, and Pilate ordered that it be given to him. Joseph took the body, wrapped it in a clean linen cloth, and placed it in his own new tomb that he had cut out of the rock. He rolled a big stone in front of the entrance to the tomb and went away. 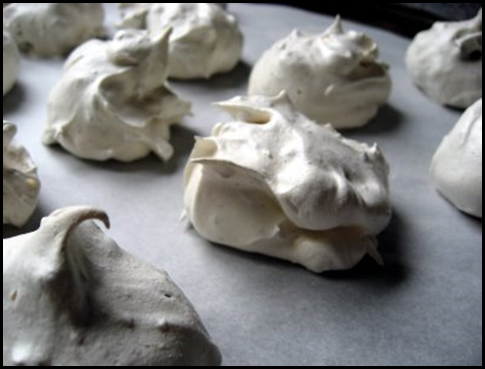 Put the cookie sheet in the oven, close the door and turn the oven OFF. Give each child a piece of tape and seal the oven door. Explain that Jesus’ tomb was sealed. Read Matthew 27:65-66.

“Take a guard,” Pilate answered. “Go, make the tomb as secure as you know how.” So they went and made the tomb secure by putting a seal on the stone and posting the guard.

GO TO BED! Explain that they may feel sad to leave the cookies in the oven overnight. Jesus’ followers were in despair when the tomb was sealed. Read John 16:20-22.

I tell you the truth, you will weep and mourn while the world rejoices. You will grieve, but your grief will turn to joy. A woman giving birth to a child has pain because her time has come; but when her baby is born she forgets the anguish because of her joy that a child is born into the world. So with you: Now is your time of grief, but I will see you again and you will rejoice, and no one will take away your joy.

On Easter morning, open the oven and give everyone a cookie. Notice the cracked surface and take a bite. The cookies are hollow! On the first Easter, Jesus’ followers were amazed to find the tomb open and empty. Read Matthew 28:1-9.

After the Sabbath, at dawn on the first day of the week, Mary Magdalene and the other Mary went to look at the tomb.

There was a violent earthquake, for an angel of the Lord came down from heaven and, going to the tomb, rolled back the stone and sat on it. His appearance was like lightning, and his clothes were white as snow. The guards were so afraid of him that they shook and became like dead men.

The angel said to the women, “Do not be afraid, for I know that you are looking for Jesus, who was crucified. He is not here; he has risen, just as he said. Come and see the place where he lay. Then go quickly and tell his disciples: ‘He has risen from the dead and is going ahead of you into Galilee. There you will see him.’ Now I have told you.”

So the women hurried away from the tomb, afraid yet filled with joy, and ran to tell his disciples. Suddenly Jesus met them. “Greetings,” he said. They came to him, clasped his feet and worshiped him. 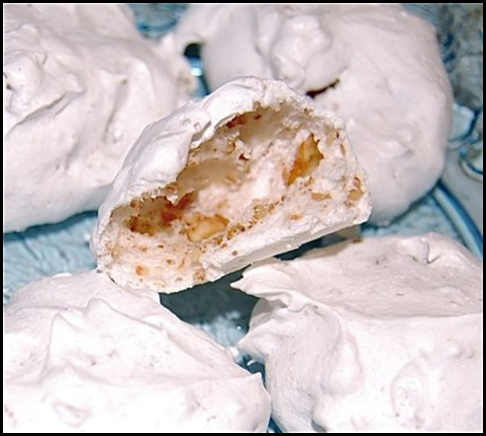 What a fun and delicious way to celebrate the Easter Story!

As a child, I loved Easter. The night before Easter, Mom would tell us to sit our empty Easter baskets outside on the front porch. While we were sleeping, the Easter bunny would “hop” down our street and fill up our baskets. Imagine our delight when we opened the door on Easter morning to see a basket full of goodies! I treasure those memories.

When I got married and our first son was old enough to enjoy this tradition, I was so excited to tell Jonathan to sit his Easter basket outside! However, my husband looked so confused?! He had no idea why I was putting Jonathan’s Easter basket outside. To my surprise, not every family puts their baskets outside the night before Easter. That was news to me! :0)

But now my husband just smiles when my boys put the Easter baskets outside before bedtime. He knows that it is a childhood memory that they will treasure too.

I also remember going to church on Easter Sunday. Mom always got us new Easter outfits, and sometimes she even got one for herself as well. :) Mom, my sister, and I also would wear Easter lily corsages. I loved wearing those corsages.

I could smell the scents of those fragrant blooms right below my nose all morning long. And as I sang hymns of praise during the worship services, my heart was overflowing with gratitude! My favorite song to sing was, “Up from the grave He arose…”

Oh, the celebration of Easter Morning!

The newness of life that we see all around us through the green grass, colorful flowers, and warm sunshine, are a beautiful reminder of the new life we have in Christ because of Easter morn.

Therefore, if anyone is in Christ, he is a new creation; the old has gone, the new has come!

Have a blessed Easter!