You guys, last week was one for the record books!

Jonathan got to sing at a writer’s round at the Bluebird Cafe! 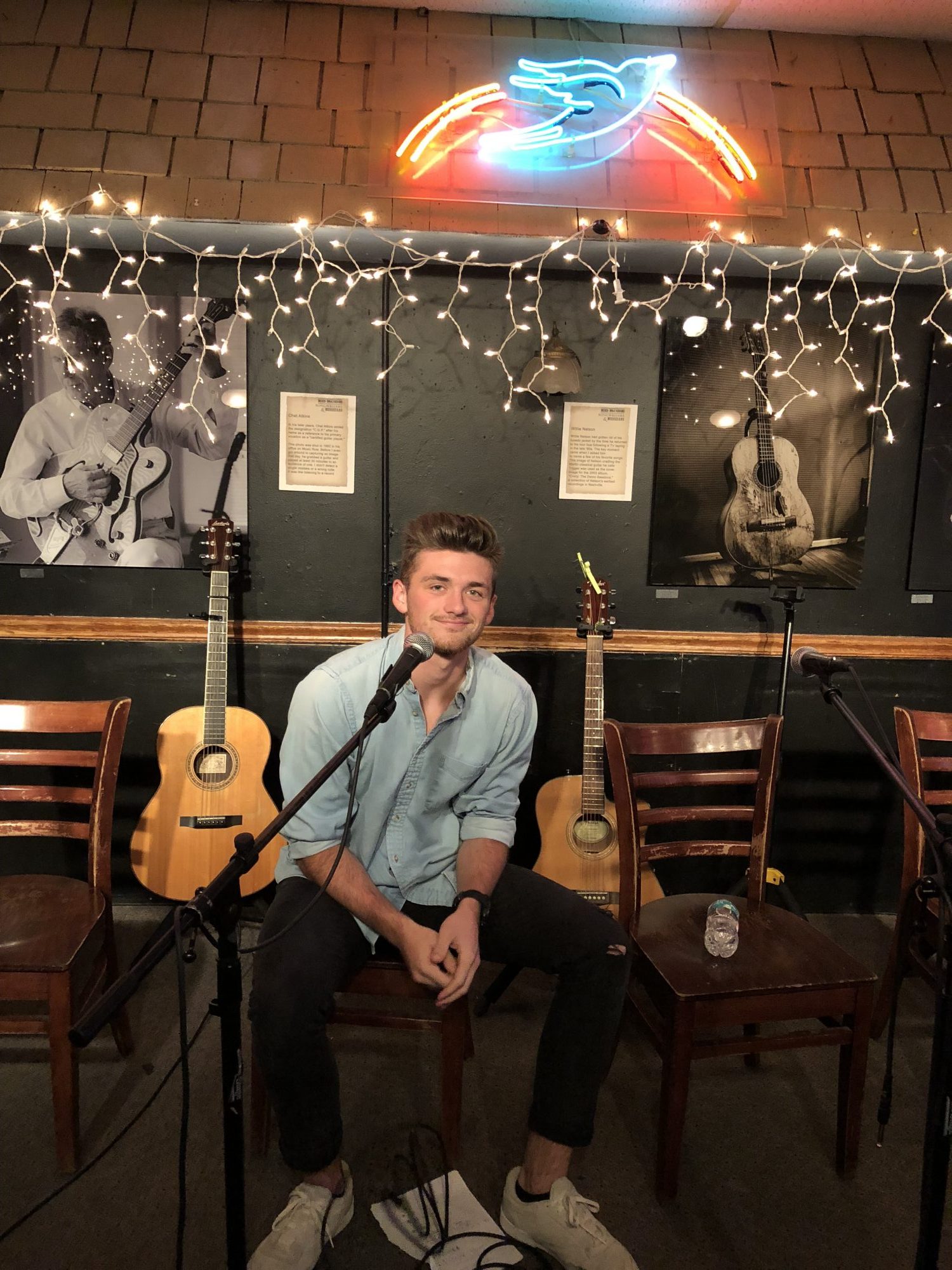 Have you ever been to a writer’s round?

Well, it is where 4 or 5 songwriter’s sit on stage and take turns singing the songs they have written.  Usually they are not songs you have heard on the radio yet, but sometimes they are.  I LOVE listening to beautifully written songs being played acoustically. It’s the coolest experience.   #sonashville 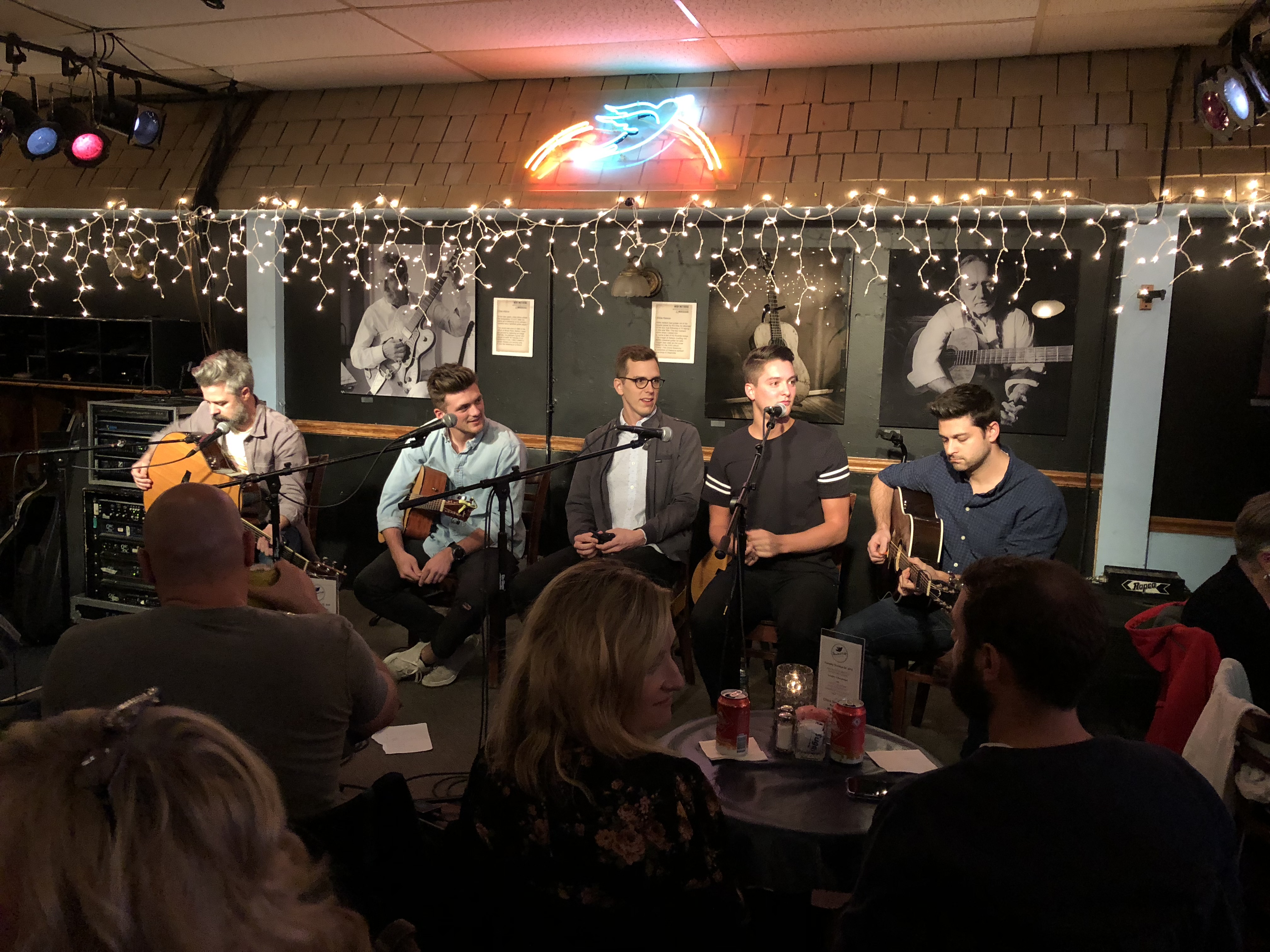 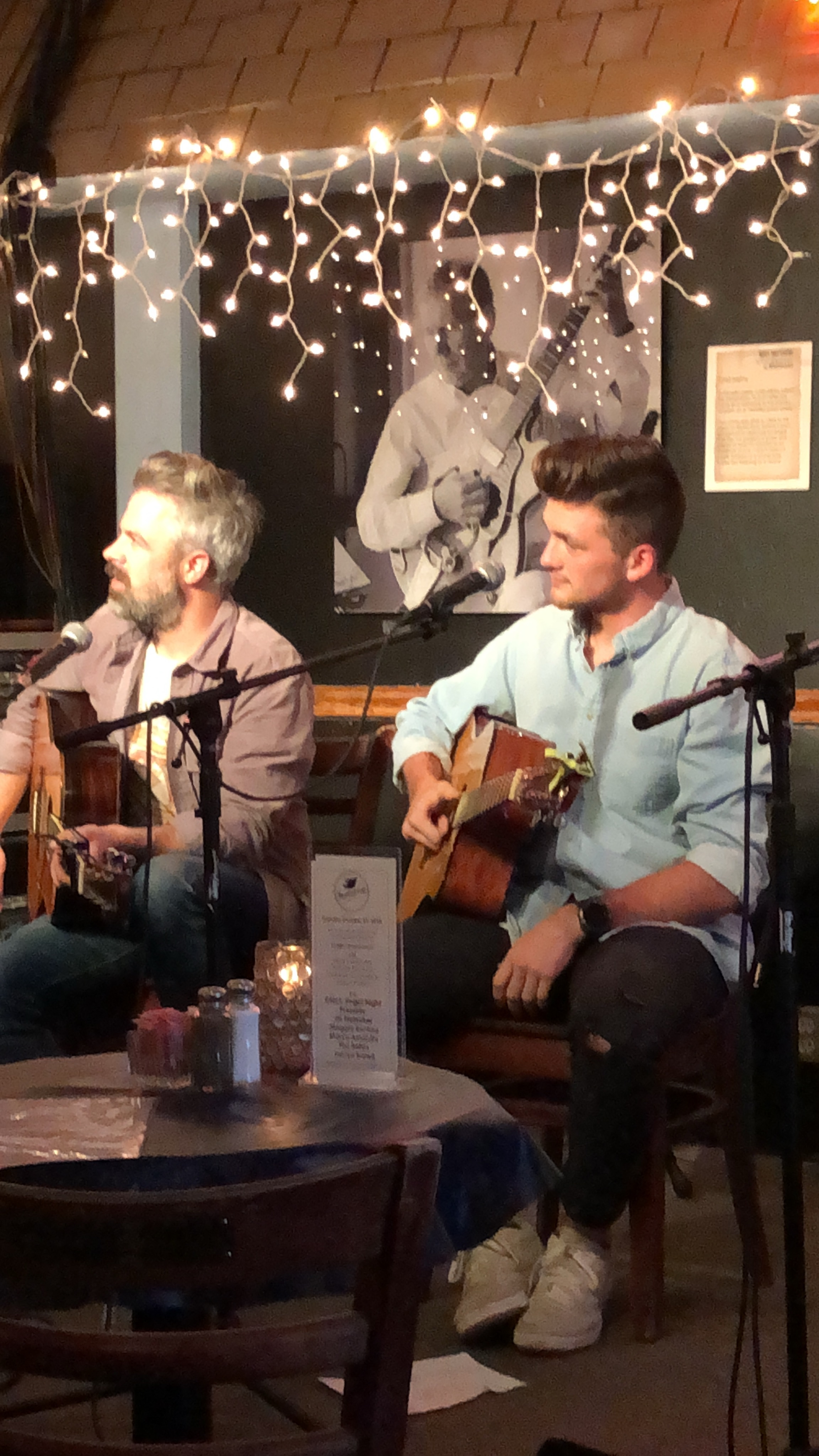 “Over 70,000 people visit the venue annually, many of them as a result of seeing The Bluebird on television or reading about the club in publications such as Southwest Spirit, National Geographic Traveler, The New York Times or hearing it mentioned by the artists such as Garth Brooks, Taylor Swift and Keith Urban, Kathy Mattea, Trisha Yearwood, Kim Richey, Dierks Bentley, Faith Hill and Vince Gill, all of whom have had career moments over the past 31 years at the tiny, legendary club.” 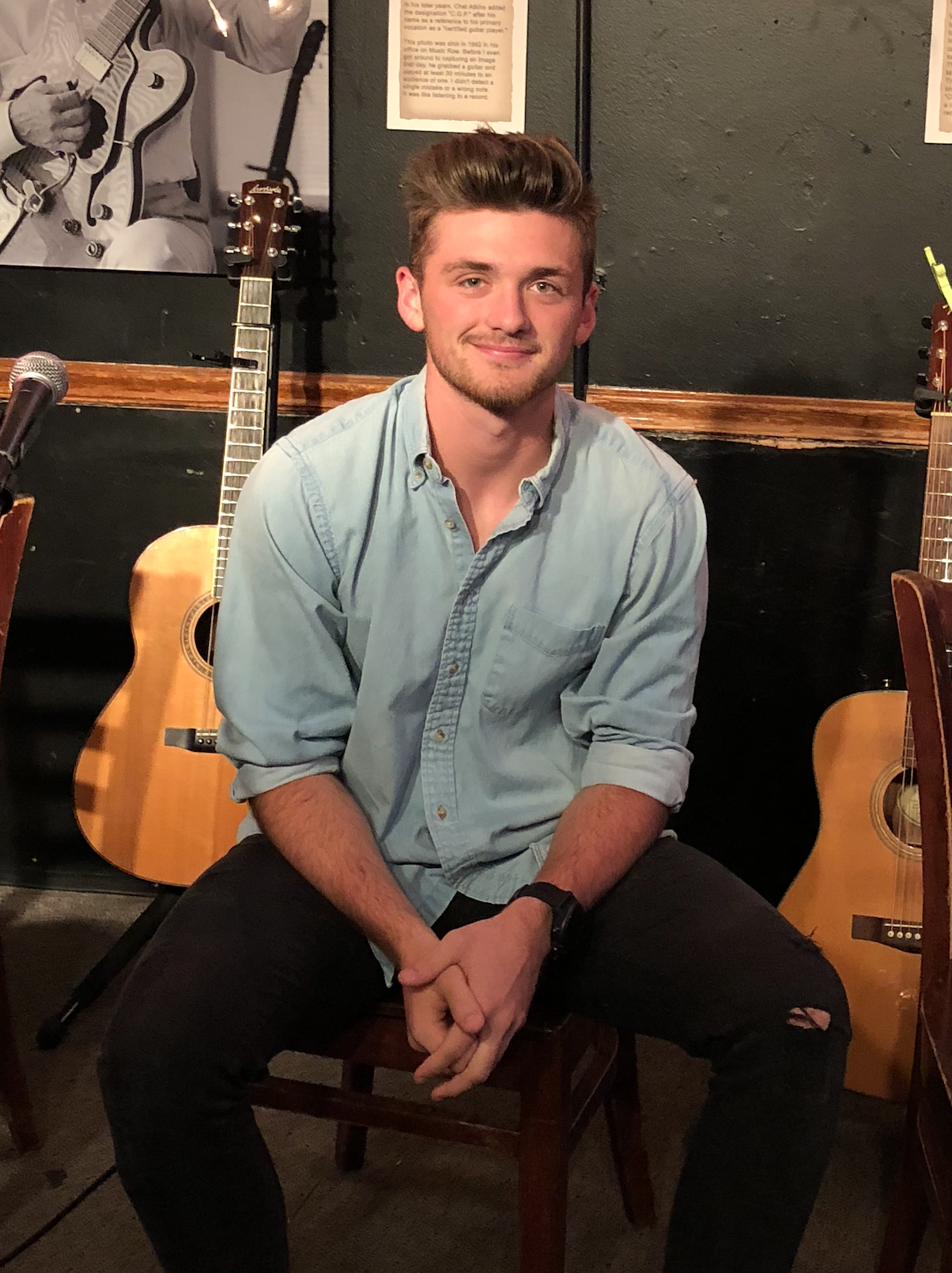 ABOUT the Bluebird Cafe…

“The Bluebird Cafe is one of the world’s preeminent listening rooms and the venue has gained worldwide recognition as a songwriter’s performance space where the “heroes behind the hits” perform their own songs; songs that have been recorded by chart-topping artists in all genres of music.  Located in a small strip mall outside of downtown Nashville, the 90 seat venue is unassuming in appearance but some of the most significant songwriters and artists have performed on this stage. Our reputation as a listening room is based on the acoustic music that is our signature style and supported by The Bluebird’s “Shhh policy” that is our request that audience members keep their talking low and to a minimum.  Our patrons repeatedly tell us that they are captivated by hearing songs performed by the creators themselves and the stories behind how the songs came to be.

At The Bluebird, performers include up-and-coming songwriters along with those whose music is regularly on the charts, country music as well as pop, rock and Contemporary Christian hits.  Kathy Mattea was the first star to be identified with The Bluebird and is still a friend and a regular guest performer today.  Garth Brooks played on both our Open Mic and Sunday Songwriter’s Shows before he was discovered – at The Bluebird – and signed to Capitol Records.

On any given night, artists such as LeAnn Rimes, John Prine, Jojo Herman, (Widespread Panic) and Phil Vassar mingle with writers such as Marcus Hummon (Bless the Broken Road/Rascal Flatts), Allen Shamblin, (I Can’t Make You Love Me/Bonnie Raitt), Matraca Berg (Strawberry Wine/Deana Carter, Hilary Lindsey (Jesus Take the Wheel/Carrie Underwood) and Chris Tompkins and Josh Kear (Before He Cheats/Carrie Underwood).  A typical nightly performance consists of three or four songwriters seated in the center of the room, taking turns playing their songs and accompanying each other instrumentally and with harmony vocals.  It is an experience that few forget, and one that reflects why Nashville is known as Music City.” 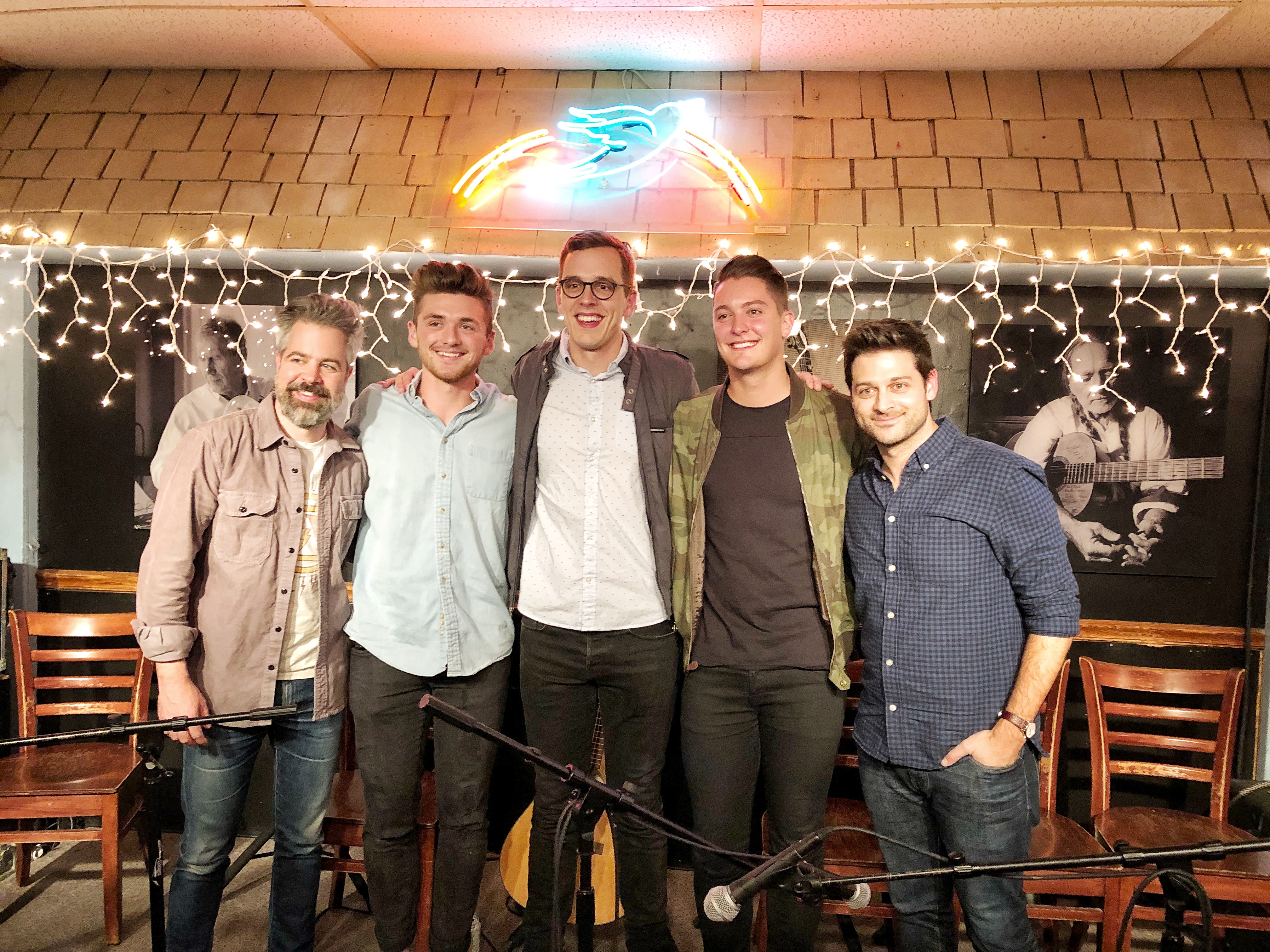 The guy on the left of Jonathan is Neal Carpenter, and he is the one who invited Jonathan to sit in on this writer’s round.  He and Jonathan have written a few songs together (THAT I LOVE, of course! haha!,) along with Andy Skib (far right.). Andy is a producer in Nashville and has produced some demos with Jonathan.  (He used to play in David Cook’s band, from American Idol.)

The tallest guy in the middle is Joseph Patton…so talented!!  And in the camo jacket is Thomas Finchum….crazy talented as well!  (INTERESTING FACT:  Thomas was on the 2008 US Olympic diving Team!)

Such a great group of guys!

Jonathan was on Cloud 9 and wasn’t nervous at all!  I have no idea how he does it?!  I was a nervous wreck!  haha!  And can you believe that I did not get a single picture of me at the Bluebird or with Jonathan that night!  #momfail

Jonathan wrote this song, Fragile, all by himself, and it is one of our favorite.  We are hoping to make a recording of  it soon.

This next song he wrote with Neal Carpenter and Andy Skib…

Thanks for letting me brag on my boy, y’all!  It’s sure have been a fun adventure with this kid!  haha!